If you have a startup, how can you hire your A-team?

I can't help it, I'm seventies kid and grew up with the A-team. So if you have a problem no one can help you with, it's time to put together your own startup A-team.

One of the things that is important to grow your startup and scale-up is the team composition. Investors tend to look at the team behind the startup, and prefer well-balanced teams. Especially the core team needs to have what we call "complementary skills" - you can't all be the CEO or the head of tech or the finance wizard. Put all finance wizards together, and most likely you get skewed views on the market, and the chances of success diminish significantly. The same goes for all the other functions. After all, not having the right team is the third reason startups fail:

Hence the reference to the A-team. Those who remember the series or the movie know that all team members had wildly different personalities and skills. And for those who don't remember the movie/series, let's look at two other sectors where the right diverse team matters: gaming and the military. One of the more popular game formats these days revolve around different teams competing either team on team or in large battle royale games (if you're not familiar with the latter: in a battle royale game your team and about 60 to 100 other people get dropped without anything in an ever closing circle of doom until one team is left standing... much like startups trying to conquer markets). in Overwatch, a typical team on team game, you are in a 6 vs 6 team fight, where the only chance of winning is if you have a team of complementary members that can fill in the gaps in the other's weaknesses.

Another adaptation that is in vogue now is the link with SEAL teams. After all, if they can kick the behinds of people in jungles and deserts far off, something useful has to be in there, right? Well, other than a lot of training, SEAL teams focus on group flow and what they call "dynamic subordination", which basically means that the person who knows what to do next is the leader, a form of fluid leadership.

" We expect to lead and be led. In the absence of orders I will take charge, lead my teammates and accomplish the mission. I lead by example in all situations."
Excerpt from the Seal Code

Why the link? Just like combat situations can be very chaotic, so can be the life of a startups. Pivots, anyone? To get into this group flow, teams need to really work on getting their culture right, in order to work together as one well oiled machine.

Team performance is a whole other topic for another post: how to make the team work together? How to get different working styles perform as a team? For this, startups can learn a lot also from sports teams and sports coaches, as they really work on how to make teams of alfa players work together where each know their place.

“A basketball team is like the five fingers on your hand. If you can get them all together, you have a fist. That’s how I want you to play.”— Mike Krzyzewski

What's the right team composition then?

Well, that's highly dependent on the mission. For one, in a startup you need FSO's or "Figure Shit Out people". More on that in this article on startup hiring. In a nutshell, you need people you can throw a problem at and that will then run with it and solve it without you needing to micromanage them to do that. Lateral thinkers. T-shaped people. Think The Hipster, Hacker, Hustler team - also know as the 3H. More on that here and here. In this composition, the hipster is the creative lead, the hustler the sales lead and the Hacker - of course- the tech lead.

But that's not quite enough...

Investors would rather invest in a great team with a mediocre product than vice versa, because they know the team makes all the difference. Management is the most important factor that smart investors take into consideration. VCs invest in a management team and its ability to execute on the business plan, first and foremost. Ideally they invest in executives who have successfully built businesses that have generated high returns for the investors. If you don’t have experience, create an advisory board of experienced, qualified people who will play central roles in your company's development. Or join an incubator or accelerator, they can usually help you find the right people in their network. If you're still an early startup, you can find a match with a business angel that has experience in your field, and that can either help you him/herself or look for someone in his/her network.

If you're convinced now of the importance of a good, well rounded team,come join us at one of our EYnovation happy cofounder events, or participate in our workshop on putting together your advisory board.

And in the mean time, enjoy putting your A-team together.

... You'll love it when the plan comes together. 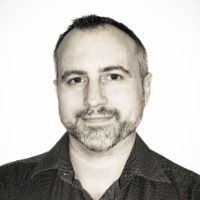